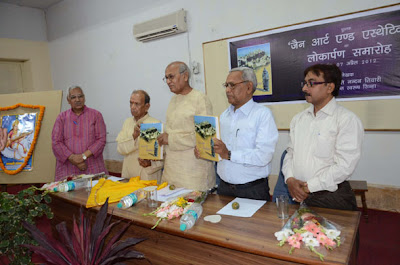 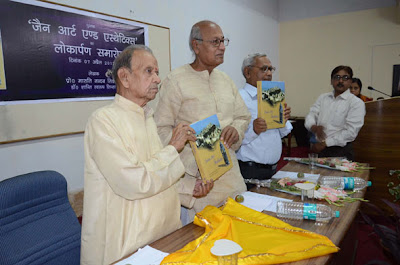 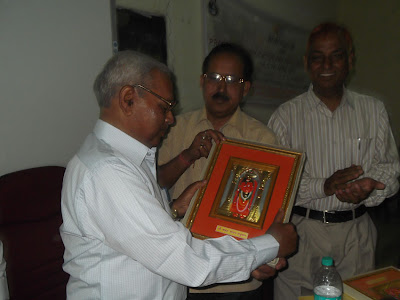 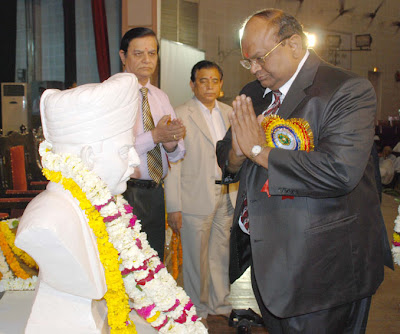 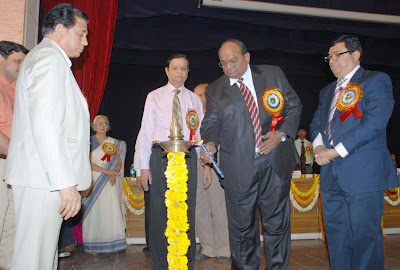 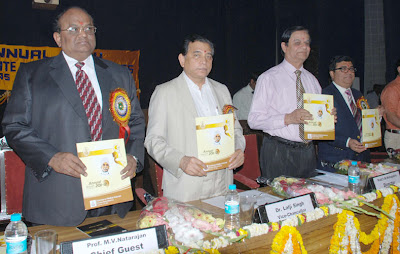 Email ThisBlogThis!Share to TwitterShare to FacebookShare to Pinterest
Labels: Institute of Medical Sciences-BHU 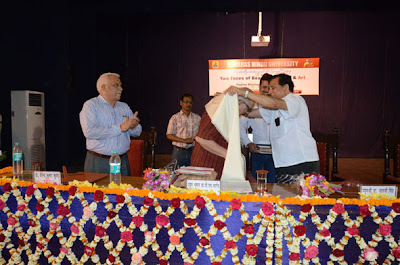 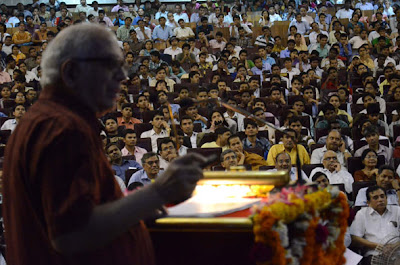 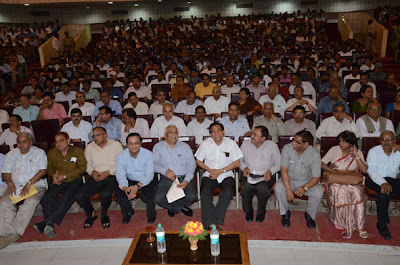 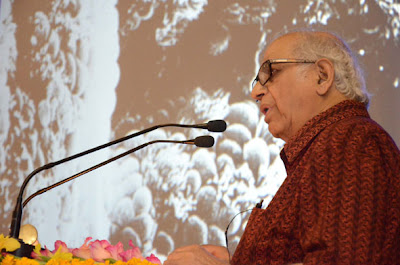 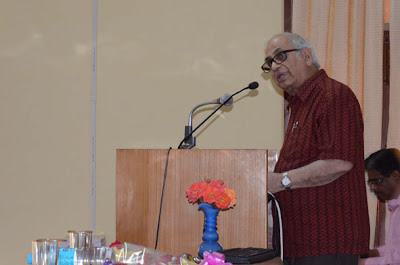 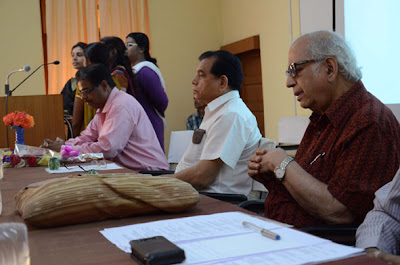 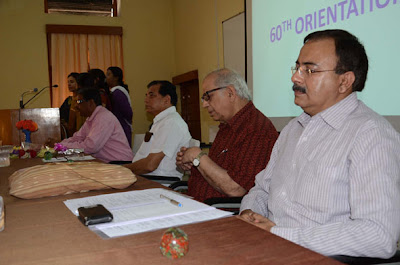 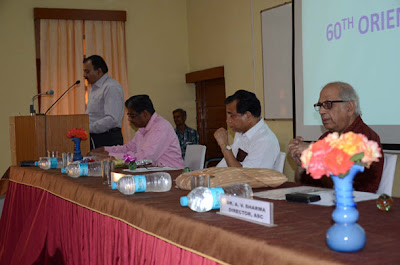 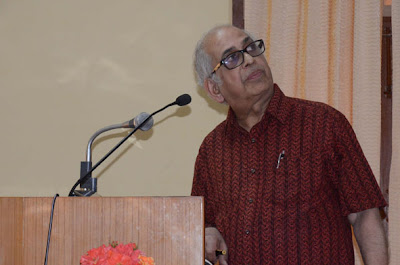 Varanasi, March 21, 2012:  Dr PM Bhargava, founder and former Director of Centre for Cellular and Molecular Biology and Vice Chairman of National Knowledge Commission and Member of Banaras Hindu University (BHU) Executive Council, delivered two lectures ‘Making India Knowledge Based Society’ and second ‘Two Faces of Beauty: Science & Art’ in BHU today.
The first lecture was delivered at the valedictory function of 60th orientation course in . Speaking on the occasion, Dr Bhargava explained that every citizen of a country should have minimum knowledge and information to discharge his duty as a responsible citizen and protect his rights as a citizen.
He said no country has its governance flawless as knowledge is not complete. “It is not enough to just have knowledge but we should have courage to use that knowledge. It is easier to govern a society which is based on knowledge provided to government to intend to be honest transparent and people oriented,” he said.
He said it is very important that knowledge should disseminate and we use around the world. “Knowledge multiplies when in use. It remains stagnant and decay when confined”, he remarked.
In this reference he said by becoming member of TRIPR (Trade Related Intellectual Property Rights) was entitled for patenting of its knowledge and technology.
Dr Bhargava is against patenting system, because he feels this system confines the knowledge and technology to the masses. He said knowledge equity within a country and between countries is essential for world peace. Knowledge inequity is the most important reason of exploitation and neocolonization, he felt.
It may be mentioned here Dr. Bhargava got directly admitted in 9th class when he was 10 years old. Though he is a chemist by degree but he is today known as Bhism Pitamah of Biological Sciences in Indian scenario.
Banaras Hindu University Vice Chancellor Dr Lalji Singh said Dr Bhargava is a rare species which is distinct. He further said some people say he is a leftist and other rightist but he considers Dr. Bhargava as a perfect human being.
In the second lecture he spoke on “Two Faces of Beauty: Science & Art” in the Swatantrata Bhawan, BHU.  In his lecture, Dr Bhargava explained about seven aspects to prove his point of view. “For complete life we need both scientific temperament as well as temperament to understand arts. A good scientist must understand both the aspects well”, he said.
The these seven concepts are; “Nature follow certain set trend, Nature follow law of science, Nature loves certain mathematical relationship, Aesthetic appreciation is genetically programmed, Man’s beautiful creation are inspired by nature, All creativity have element of beauty, Scientists are intuitively partial to beauty”. He gave several examples to explain these principals which basically explain that there is a co-relation and set pattern in science and art and that is beautiful.
He compared music symbols with the DNA sequences and played a music which is called DNA music. He said there is a gene in every person, which helps in listening and admiring the music.
Indian villages have lot of music, dance etc. which is the basis of beauty. Urbanization hinders the nature and natural beauty. He quoted several paintings, cell structure, high resolution photograph of heart, liver, kidney etc. have certain set pattern which is mathematical. He explain about FIBONACCI Numbers (1, 3, 5, 8, 13, 21 etc.). He said beautiful things have certain mathematical pattern having FIBONACCI Numbers.
BHU Vice Chancellor Dr Lalji Singh welcomed the guests while university Registrar proposed a vote of thanks.
PPP Cell-BHU
Posted by Ratna Modak at Monday, April 02, 2012 1 comment: Links to this post 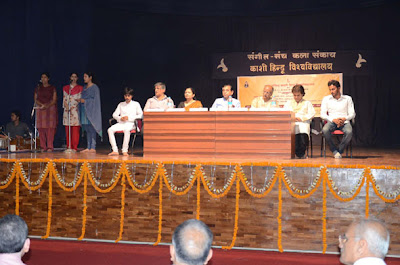 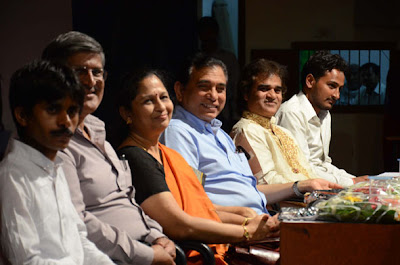 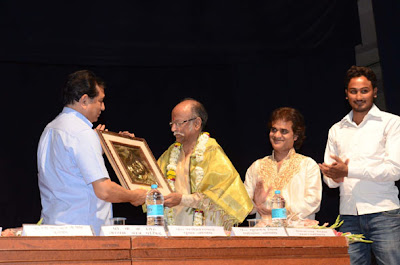 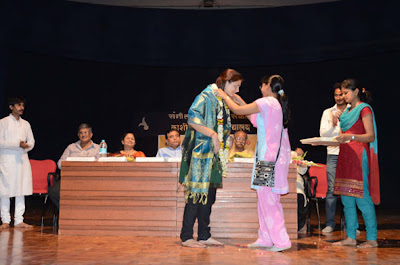 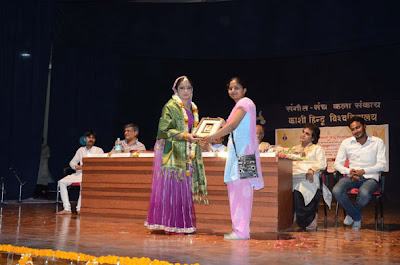 A classical music programme-Anuraran, organised by Department of Music and Performing Arts to commemorate the 150th birth anniversary of Mahamana Pandit Madan Mohan Malviya was held at Omkarnath Thakur auditorium in Banaras Hindu University on March 20, 2012. Noted vocalist Rajeshwaracharya was the chief guest while noted Tabla player Pandit Sukhdev Mishra was the guest of honour. BHU vice-chancellor Dr Lalji Singh presided over the function.
PPP Cell-BHU
Posted by Ratna Modak at Sunday, April 01, 2012 No comments: Links to this post 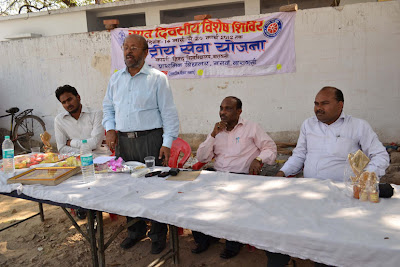 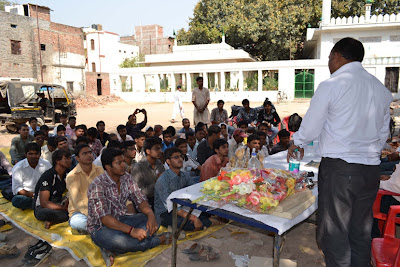 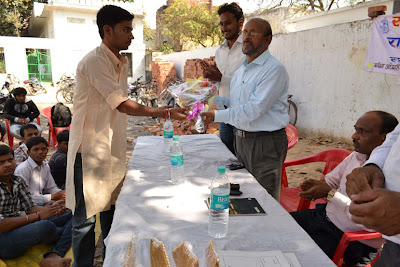 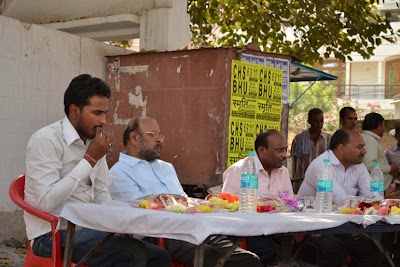 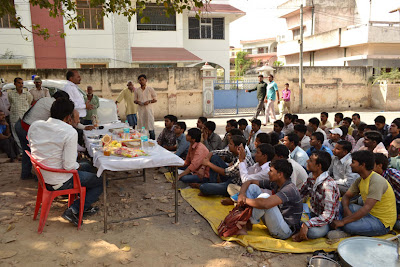 The Banaras Hindu University unit of National Service Scheme (NSS) organised a seven-day special camp at Nagwan Primary School in Varanasi from March 14 to 20, 2012.
Photo: PPP Cell-BHU
Posted by Ratna Modak at Sunday, April 01, 2012 No comments: Links to this post