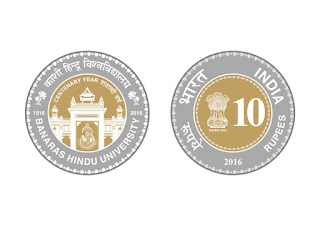 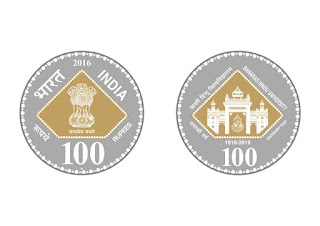 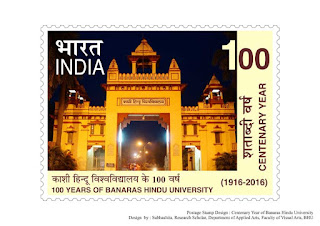 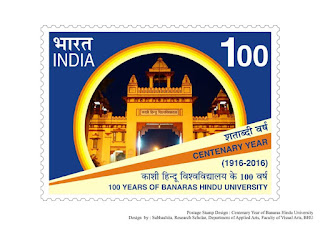 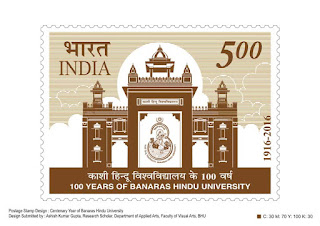 Varanasi, November 21, 2015: Ashish Kumar Gupta, Department of Applied Arts (Faculty of Visual Arts) and Subhashita of the same department have been adjudged first and second place winners in the competition to design commemorative coins and stamps to be released by the Government of India, according to Central Celebrations Cell of the Banaras Hindu University.

Arnab Biswas of the Department of Chemistry (Faculty of Science) got the third place. The winners will receive cash prize of Rs 10000, Rs 7000 and Rs 5000 respectively.

The winners were decided by a committee constituted under the chairmanship of the Dean, Faculty of Visual Arts, Prof. Hiralal Prajapati with Prof. Shyamal Das Gupta, Dr. Suresh Nair and OSD of the Centennial Celebrations Cell, Dr. Vishwanath Pandey.

At the occasion of the centennial celebrations of the , the Finance and Telecommunications Ministries of the Government of India have decided to release commemorative stamp and coins of Rs 100 and Rs. 10 for commercial transactions. The Vice Chancellor of the , Prof Girish Chandra Tripathi had directed to organize a competition for the design of the coins/stamp amongst the students of the .