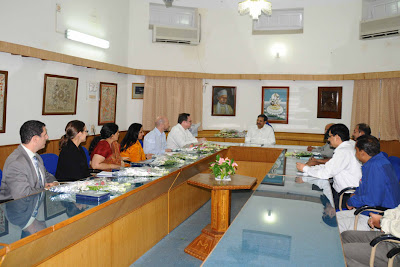 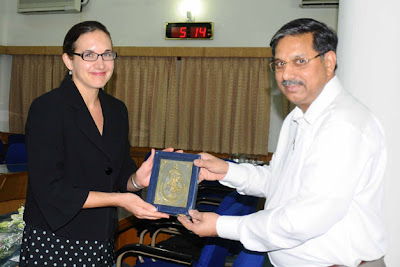 Ms. Nicole Weber and Mr. Richard Silver interacted with Management students of the university on economic relations and higher education issues. Mr. Les Viguerie gave a talk on “Indo-US relations the road ahead” at Malviya Centre for Peace Research.

Mr. Peter Eisenhauer addressed the students on “Global Climate Change” at the Senate Hall of Swatantrata Bhavan. He spoke about what chage climate? Is the climate change is real; how do we know there is a climate change and how sure scientists are about this change.

He supported the argument that there was going to increase of 0-7 °C temperatue at global level. "The sea level is going to increase from few inches to few feet. Two feet increase in sea level at US will loose 10000 sq miles of land", he added.
He mentioned that in 1991, 60 per cent scientists thought there had been increae in average global temperatue while in 2007, 97 per cent scientists echoed the same view.