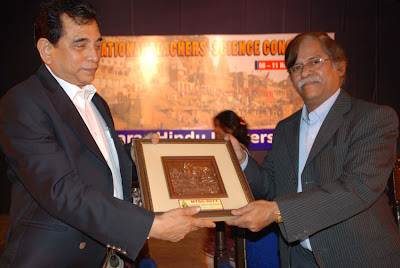 Addressing the function Professor Singh said he had been trying his best to make BHU one of the best universities of the world. He said he wanted to organize International Science Festival in BHU.