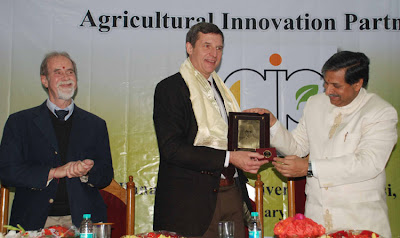 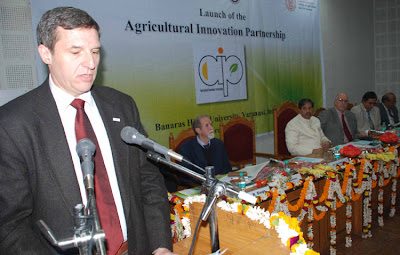 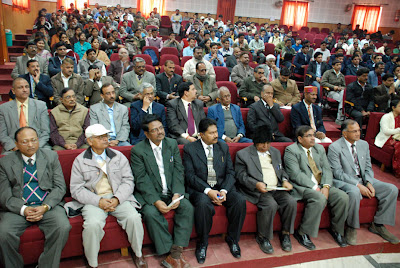 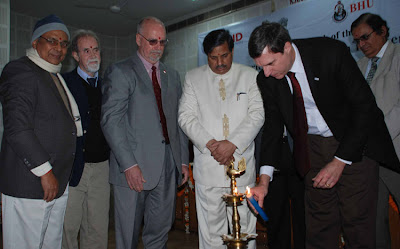 The partnership is joint venture of USAID, BHU and .

USAID officials, scientists from and officials of BHU particularly from faculty of Agricultural Sciences participated in the launching ceremony.

and BHU are the major partners in the project with nodal centre in BHU. In administering the five-year grant, Cornell in addition to BHU will partner with five land grant universities — Illinois, Georgia, Ohio State, Tuskegee, and UC-Davis — as well as John Deere, Tata Chemicals Ltd, Sathguru Management and other State Agriculture Universiteis in India (Sardar Vallabh Bhai Patel University of Agriculture and Technology, Meerut, Uttar Pradesh and Rajendera Agriculture University, PUSA, Smastipur, Bihar) to create what will be called the Indo-US Consortium for Agriculture (IUSCA).

The IUSCA will update the education and curriculum of BHU and other SAUs to keep pace with international agricultural education, improve the extension expertise to provide support in management and agri-technology to Indian farmers as they move from subsistence farming to a more market-driven economy.

United States Agency for International Development (USAID) will provide the project cost of Rs 50.00 crores to strengthen food security in and improve the lives and livelihoods of rural populations in the Indo-Gangetic Plain.