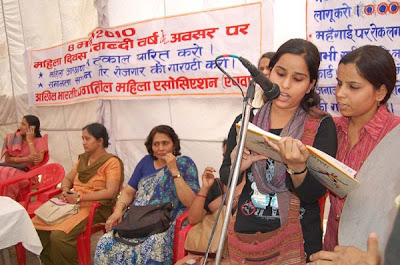 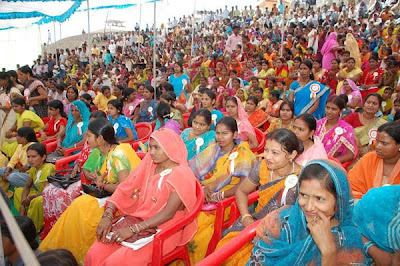 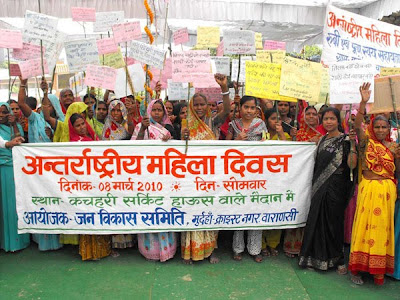 Social and political organisations held different functions to mark the International Women's Day in Varanasi on March 8, 2010. At Assi Ghat, a seminar was organised in support of Women's Reservation Bill while at Baharat Mata Mandir (middle) a meeting was organised to highlight the grievances of women. A rally was also taken out at Collectorate.
Photo: Samrat
Posted by Ratna Modak at Thursday, March 11, 2010