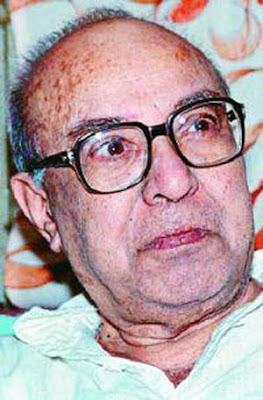 For the international gold standard, he thought that, gold, gold convertible sterling bonds, bills were accepted as international money in international transactions where Britain dominated international trade and payments mechanism although he intelligently avoids the political economy concept of Britain’s domination.

He explicitly wrote in detail the workings of gold standard, its automaticity of attaining BOPs equilibrium because of fixed and stable exchange rate of gold and sterling since gold price was stable during long period of time.The relation between gold and money supply was based on the classical monetary theory. He avoids that worlds’ gold production and supply were dominated by Great Britain.

It is to note that under classical free trade,both gold and silver standard were in vogue ,and function one after another or simultaneously when international silver price rose and price of gold fell continuously in 18th century onward.Even in the heyday of gold standard,India followed gold exchange standard and before that she also followed silver standard .

International gold standard breaks down as a result of two world wars which were the general outcome of power crisis among capitalist nations.International post war reconstruction started. Bretton Woods formed and IMF and World Bank were born. He has no difference of opinion that USA being a world supreme power, since world war one,became the key currency country and dollar was accepted as international money after declining Britain’s hegemony.Gold convertible dollar, dollar bonds, bill and securities were considered as international money.International payments mechanism conducted by IMF seems to be pro American.

He believes that the post war international monetary system has gone through three phases, namely, 1) dollar is the key currency, 2) dollar maintains fixed price with gold, 3) IMF maintains exchange rate of dollar and its stability.

But this Bretton Woods system collapsed because US could not maintain gold dollar convertibility as her dollar liabilities was greater than gold holdings since her BOPs deficit was stepping up unprecedentedly and naturally the international monetary system disappeared in true sense.

He explains that IMF is solely responsible in the fundamental disequilibrium in exchange rate system in post war era but he could not explain that the evolutionary process of BrettonWoods and the acceptance of White plan nullifying Keynes plan are genesis of break down of international monetary system.

He says that current international monetary system has a deep asymmetry whereas the gold standard mechanism has automatic adjustment of international BOPs equilibrium.He advocates that depreciation and capital flows produces developing countries in financial crises and they face great difficulty in introducing floating exchange rate mechanism.

Empirical research asserts that volatility, currency crises and banking crises in the developing countries occurred due to adoption of floating rate and currency convertibility without achieving macro economic balance and other criteria of convergence policies and financial liberalisation.

Hence he advocates that only an international co-ordinating authority can restore international equilibrium in trade, money and exchange rate.

In this context, Keynes’ Bancor as international money with fixed/target zone exchange rate system having convertible with gold managed by a world central bank- is not granted by him. On the contrary, he advocates, classical gold standard mechanism for international monetary stability, but he does not propose any international institution for forming any coordinating authority to do so.

If so, will the international gold standard revive again? In answering the question, we know that EM Kingsway, Ray W.Jastram Thomas, J Holt, R Dornbusch, JP Dossaur, R.N.Cooper suggested to return to gold standard when US passed the gold commission report in 1982, but USA rejected the proposal.

Again, we know that under classical and neoclassical theory, convertible currency system must have long run exchange rate stability, national price tends to equalise world price level and the equalisation of purchasing power.

But if dollar be the vehicle currency in the convertible system (as presently practicing by USA) where dollar has no backing ,then will there be an equalisation of purchasing power when dollar has no unit of account as a means of international payments?

He has no convincing answer in his analysis. However, he admits currency board solution for developing countries introducing adjustable peg in exchange rate mechanism.

It should be mentioned that currency board is the better solution for integrating blocs who are progressing towards a common currency, otherwise for developing countries with weak financial system and low macro indicators could be destabilising.

He defines that “international money currently is the aggregate of portions of currencies of different countries,which are fully convertible among themselves with the terms of exchange being generally stable.It is assumed that these currencies are mutually acceptable among the different countries for settlement of current account deficits and for current transfers.If all exchange rates have the above properties all currencies will be part of international money.”

In defining he advocates again on the role of international gold standard for trade and BOPs settlements. But, presently, gold has lost its monetary use value in international settlements except in some reserve requirement in IMF, World Bank and other international financial institutions to run the confidence.

Hence, he may be a believer of multiple currency practices in international monetary system in which it is not the optimum solution in attaining equilibrium in BOPs while SDR system was proved ineffective in 1970s. If multiple currency practices is to be effective presently,then it requires complete restructuring in IMF to manage international exchange rate mechanism and its stability maintaining a unit of account otherwise the international monetary system will be anchorless.

(Debesh Bhowmik is the author of Economics of Poverty)