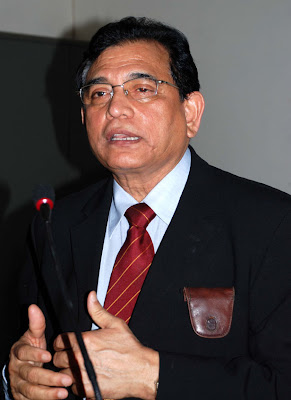 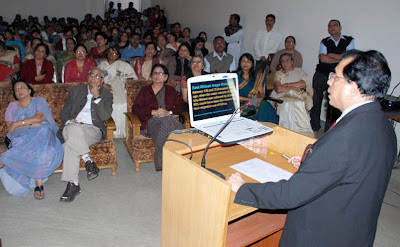 , : is like melting pot and has given birth to several world populations, said Professor Lalji Singh, vice-chancellor of the while delivering the keynote address in the Platinum Jubilee Lecture series in Mahila Mahavidyalaya, on Tuesday.

Professor Singh said that is a land of matchless diversity at the level of genes too. He emphasized global genome studies and correlated it with origin of Aryans who were original settlers of .

He said that there are no evidences of Aryan invasion and Aryan and Dravidians are not distinct but climatically they can be differentiated and is shown by their skin colour. He emphasized how different Indian populations are genetically associated. “Studies suggest that the populations seen today have 40-80 per cent similarity with Ancestral North Indians and rest with Ancestral South Indians. But Ancestral South Indian population are not related to any other population outside ”, he remarked.

According to the studies conducted by Dr Singh and other researchers, Homo sapiens have travelled from to and other parts of the globe due to extreme draught and climatic conditions to through other coastal routes and arrived in Andaman over 75,000 years ago. Andamanese have more affinity to Ancestral South Indians populations. So, South Indian populations may have spoken Dravidian language before mixing with populations descending from Ancestral North Indians (ANI).

“It is also interesting to know that we are 98.8% similar to chimpanzees”, said Dr. Singh. “Chimpanzees which were originated about 1, 60,000 years ago in . We all human beings are also similar by 99.9% and 0.1% make us as different individual. So, all the amazing human diversity, at the level of genes is due to tiny portion of our DNA (SNP). These tiny repeats of DNA have helped scientists to study about historical origin of human population”, he pointed out.

Dr Singh said his study also had identified causes of certain diseases amongst various racial groups such as sudden cardiac arrest among south Indian populations. His study had also pointed out role of endogamy (marriages within the communities, same castes etc.) in affecting recessive genes related diseases which can easily spread within populations.

Further, he emphasized to join experts of different disciplines to do novel research. He said our hospitals should have huge data about certain diseases and their correlation with the drug responses. It will help in finding out which community has which drug receptive ability.