IT a boon for education, says DP Singh 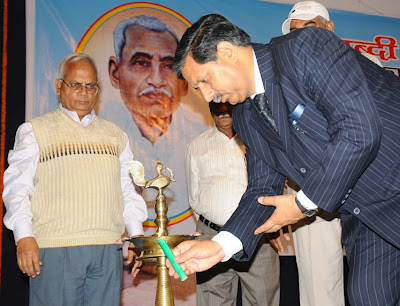 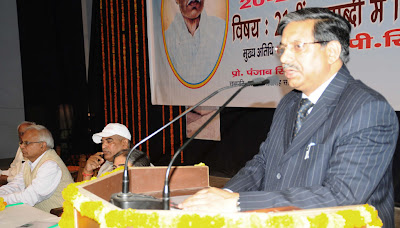 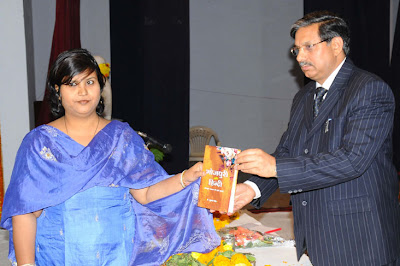 Singh stressed on the provisions given in the agenda of UNESCO; learning to know, learning to do, learning to leave together and learning to be. He mentioned that in the beginning of 21st century the media was much exited and today there was clear-cut difference between 21st century and 20th century.

Referring about international commission on education for 21st century, the BHU vice-chancellor said a balance between global vs. local, universal vs. individual, traditional vs. modernity had to be made to achieve the best goals. “Only excellence will prevail in today’s education”, he added.
Prof. Vakil Singh welcomed the guests while UP College principal Dr AP Singh proposed a vote of thanks.
Photo captions
Top: BHU vice-chancellor Professor DP Singh inaugurates a seminar on “Education in 21st Century and Its Challenges” organized by Uday Pratap Autonomous College in Varanasi on November 20, 2009.
Middle: BHU vice-chancellor addresses the seminar.
Bottom: BHU vice-chancellor Professor DP Singh releases a book on Bhojpuri and Hindi.
Source: PPP Cell-BHU
Posted by Ratna Modak at Saturday, November 21, 2009

Email ThisBlogThis!Share to TwitterShare to FacebookShare to Pinterest
Labels: UP College, Varanasi