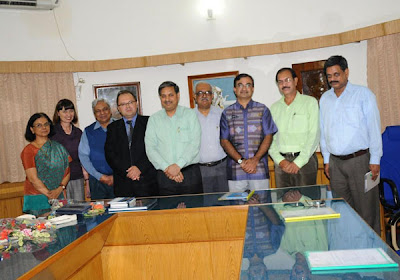 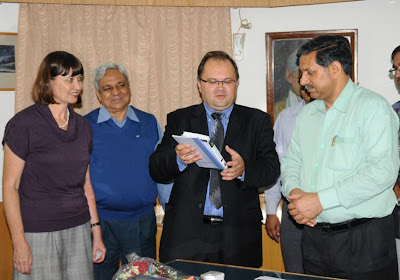 The duo discussed various issues regarding possible collaboration of BHU and Poland Prof. Ktodkowski said that the MoUs would be signed by the rectors of the Polish Universities. “But I am going to recommend important areas of collaboration”, he said.

Prof. Kamal Sheel said that a MoU was signed about seven-year ago between BHU and cultural division of Poland Embassy to provide teacher for one year diploma course in Polish language. The course is already in the BHU curriculum.

He said BHU want to start two year course in Polish language if Poland signs MoU to provide teachers as was done for one year course.

The issues regarding sustainable development and environment protection, peace, yoga, Indian and Polish culture and other areas of mutual interest were also discussed. It was surprising to note that in half of the meeting Polish Ambassador spoke in Hindi and he also discussed a lot about Indian heritage and Indian gurus.