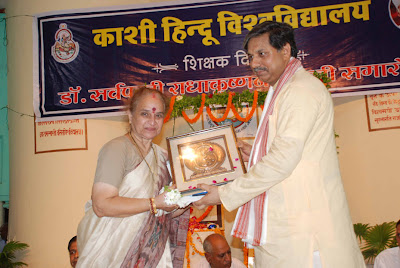 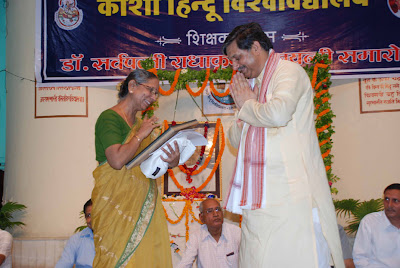 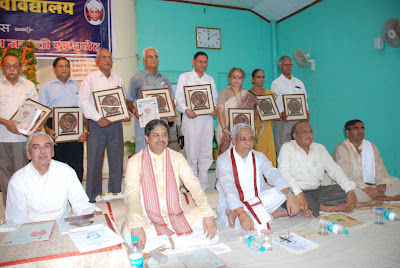 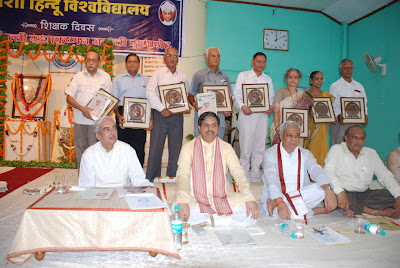 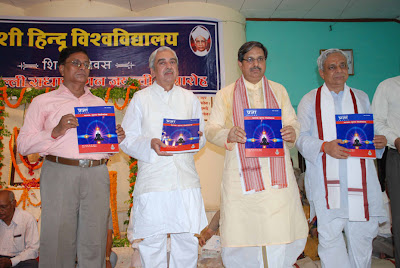 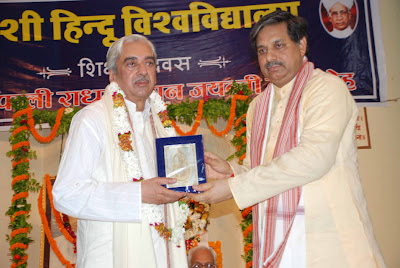 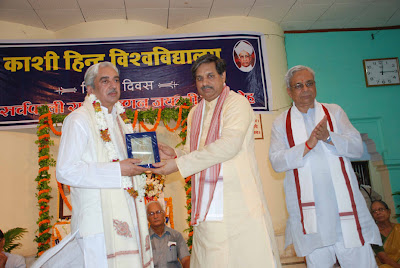 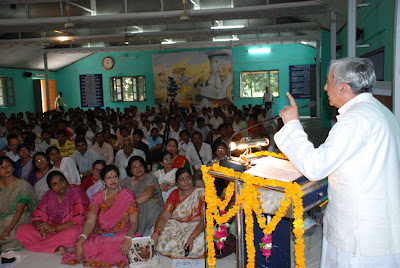 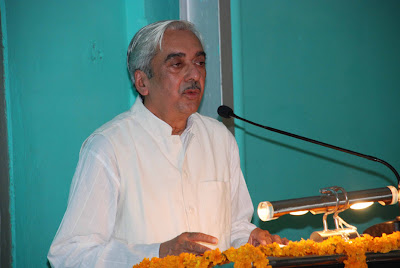 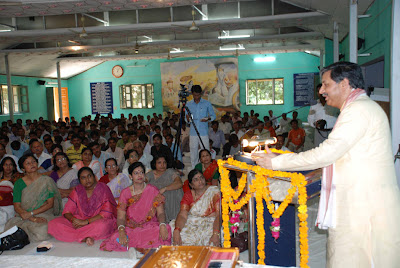 Noted physicist and educationist Professor Jagmohan Singh Rajput was the chief guest. Prof. Rajput, who became professor at the age of 31, is known for his contributions in the field of elementary education, science, higher education, value education and human values.

The contributions of initiating Bachelor of Education also go to Prof. Rajput. Speaking on the occasion, Rajput said he joined BHU in 1968 as a lecturer in physics for three years. “I always thought that it was better to be lecturer in BHU then joining as a reader or associate professor somewhere else”.

He said Malviya Jee had a special quality to bring all the good and best people to join BHU and many teachers and intellectuals agreed to Mahamana proposal to join the university without charging any money.

He said: “Today has many rich persons who have the capacity to build a university like BHU individually but they don’t have vision of Mahamana Pandit Madan Mohan Malviya.

He said when new education policy was introduce in in 1935 one of the main thing about that policy was to deal education with the Indian vision which was clearly understood by Malviya Jee and Gandhi Jee.

“BHU is one of the outcome of that policy having education with Indian vision”, he added.

Rajput said Dr. Radhakrishnan was a great teacher and philosopher, who understood Indian literature, philosophy, human values, and education system of our country.

“Radhakrishnan was influenced by Mahamana’s philosophy and vision and he accepted the vice-chancellorship of BHU without any salary,” he remarked.

He mentioned about 96 world’s most important science discoveries published in science magazine in 90s, which included only two discoveries from non-white and non-west.

He said it was a result of many of us was being influenced by western culture.

Prof. Radhakrishnan was a symbol of Indian culture and vision, which he forcefully advocated in his talks which he delivered in east as well as west. He mentioned about quote of UNESCO book which says “learn to leave together and achieve social goals”.

“One of the most important aspect the tragedy which happened on September 11 on the famous twin towers of was that the tower housed people from sixty countries. The living together makes one of the most powerful countries of world, “ he said.

He mentioned that the famous Expressway is expected to disturb so many villages, the debate for such project should take place in the campus like BHU not in the corridor of secretariat by bureaucrats.

BHU vice-chancellor Professor DP Singh while presiding the function said he agreed with Prof. Rajput that “a teacher” never retires.

“The teacher is always learning and transferring the knowledge he has earned”, he remarked.