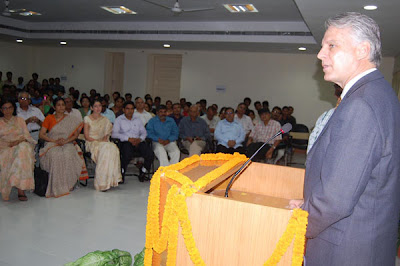 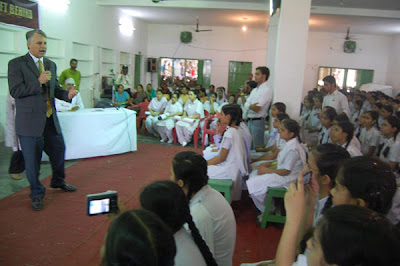 US Ambassador to India Timothy J Roemer was in Varanasi on his two-day visit on August 30 and 31.

Roemer said and the have an important role to play against the global war against terrorism.

“Terrorism does not belong to any particular religion or country, but a globe scourge which has to be fought collectively. and the have a vital role to play together in the war against terror," he said.

Roemer took part in a seminar on India-US ties organised by the UP chapter of the Indo-American Chamber of Commerce. He visited and delivered lecture at Malviya Peace Centre. He also interacted with the people of Muslim community at Revari Talab locality. He also addressed the girl students of a Revari Talab school.

Email ThisBlogThis!Share to TwitterShare to FacebookShare to Pinterest
Labels: US ambassador Timothy J Roemer in Varanasi