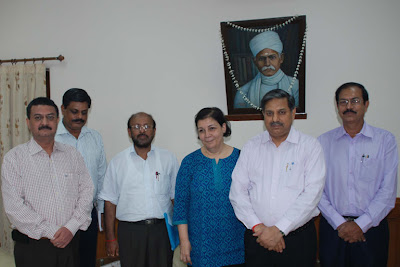 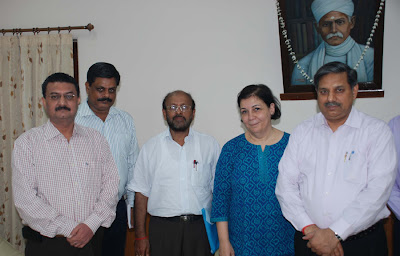 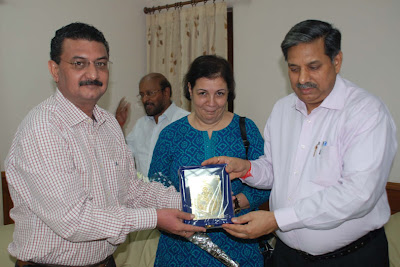 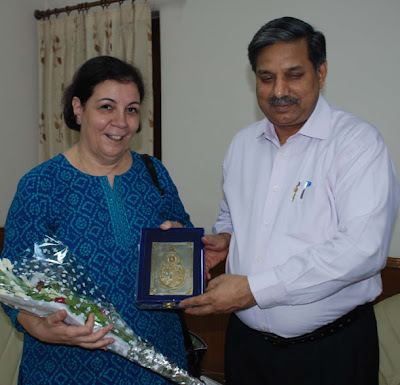 She was accompanied by Akhilesh Gautam, Social Policy and Planning Monitoring & Evaluation Specialist of UNICEF. While discussing different issues Khudr said the UNICEF has got biggest network in and UP has got maximum programmes amongst 12 UNICEF offices located in different parts of the country.

Khudr was here to review the progress of UNICEF supported HIV AIDS Programme in .

It may be mentioned here that UNICEF’s biggest programme in is ‘Polio Eradication Programme”. The UNICEF in is focuses on routine child immunization, social protection, child right, child development, child food and over all child development.

Prof. DP Singh said the socially marginalized child, child nutrition, child right, holistic child development were the important issues of the eastern part of our country, which BHU would like to focus on. Prof. Singh welcomed the initiative to start collaborative programmes between BHU and UNICEF.

Professor Singh briefed the delegation about the recently installed UNESCO Chair on Peace and Inter cultural studies, which is first of its kind in the country. The UNICEF delegation said though they were only supporting governments and their programmes but now they were trying to identify partners other than government including universities.

He said the BHU would be an ideal platform for collaborating with UNICEF for holistic development of children. He said in addition of having one of the biggest hospitals in the eastern part of the country, we also have several departments which can look into food, shelter, education, social, legal issues of child development.

The UNICEF official expressed her willingness to have an MoU with BHU. The BHU VC said the university will welcome such an initiative.

He suggested that the MoU should be of generic nature so that it has scope to work together on various issues of child development. In this context, Khudr mentioned about UNICEF chair on child right in and to have similar type of chair in BHU.

It is expected that MoU will be signed in the coming months. This will be first MoU, UNICEF will be signing with any Indian university.