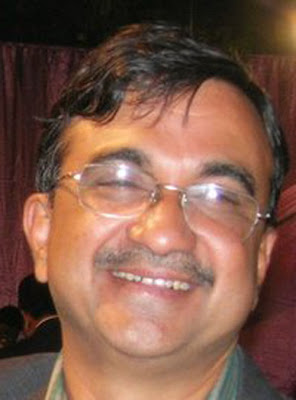 Varanasi, March 4, 2011: After the establishment of the UNESCO Chair for Peace and Inter-Cultural Understanding in Banaras Hindu University (BHU), Professor Priyankar Upadhyaya has been appointed as its chair-holder as per the process agreed mutually by the UNESCO and the university.

The vision of the UNESCO Chair in BHU was envisaged by its visionary Vice-Chancellor Professor DP Singh, who walked every step during the long and challenging quest for the UNESCO Chair along with Chancellor Dr Karan Singh whose inspiring lead saw BHU becoming the first university in Asia to get the honour of hosting the UNESCO Chair for Peace and intercultural understanding.

The UNESCO Chair has been established at BHU’s Malaviya Centre for Peace Research to integrate inter-cultural understanding as the core of peace discourses and to facilitate collaboration between internationally recognized faculty and researchers in higher educational institutions in and abroad.

The Chair is likely to explore and highlight the potentials of cultural and, in particular religious diversity as a resource for peace rather than a barrier; and to create a global hub for research, training, information and documentation in the fields of peace, conflicts resolution and human development sensitive to the issues of structural and cultural diversity.

Professor Priyankar Upadhyaya the founder Chair-holder of the UNESCO Chair for Peace is an internationally recognized scholar and one who has not only made an outstanding contribution to the growth of peace education in India but also illuminated varied aspects of multicultural peace though his globally circulated writings .

In recognition of his continuing endeavors, Professor Upadhyaya has been honoured with several international awards starting with the Guest Scholar Award of the Woodrow Wilson Centre of International Scholars at Wash DC, Faculty Research Award, Canadian Govt , Senior Fulbright Award and Australia-India Council Award. Dr Upadhyaya has served as the Adjunct /Visiting Professor at various Universities in Europe and North America and holds the as guest faculty position at the Foreign Service Institute, National Defense College & Naval War College, Ministry of Defence & External Affairs He also serves as a subject expert of various news channels including the Star News and BBC. The remarkable growth of Malaviya Centre for Peace Research in BHU as a renowned site of peace studies is yet another feather to his credentials.