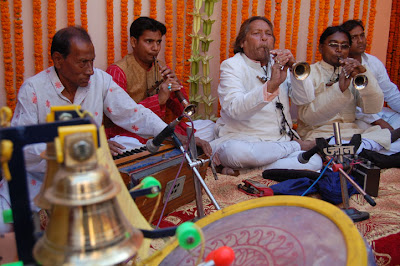 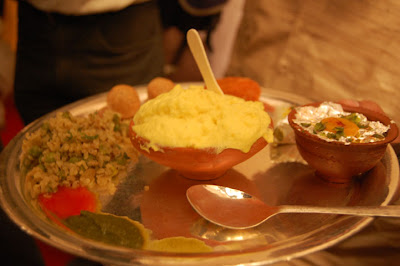 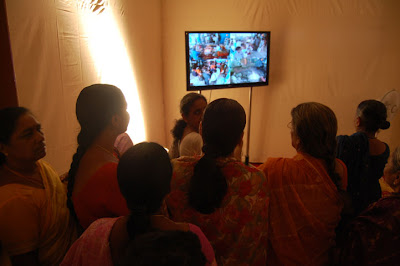 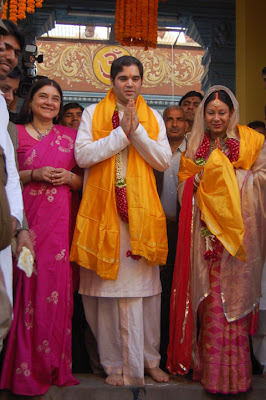 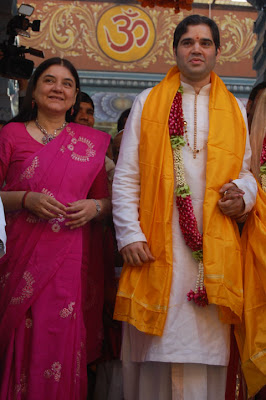 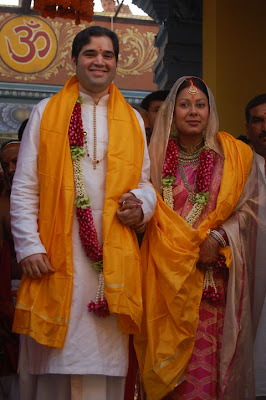 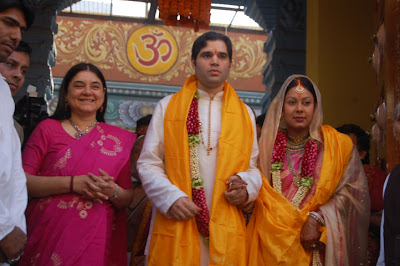 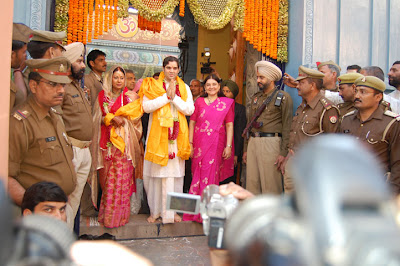 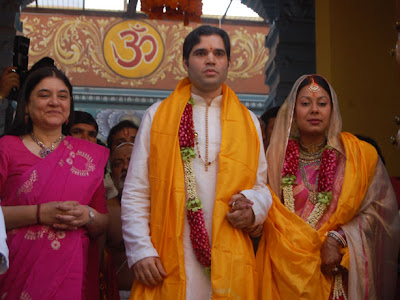 Varun, who was in a cream “kurta-dhoti” with saffron “angvastram” got married to Yamini in presence of Kanchi Kamkoti Peeth Shankaracharya Swami Jayendra Saraswati. Yamini wore a pink saree which had been gifted by Indira Gandhi to her daughter-in-law Maneka Gandhi about 40 years ago.

Amidst Shehnai tunes, blowing of conch shells and Damroo beats, the ceremony, presided over by six priests, took about one and half hours to complete the rituals as per Sanatan-Hindu custom, in the presence of a select gathering that besides Maneka included the girl's mother Aruna Vasudev.