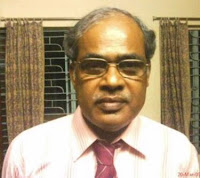 By Debesh Bhowmik
Global warming is a horror to everybody. It can damage global economy and globalism if global institutions are unable to combat it. The climate change will affect the agricultural production inversely and may cause insecurity of food and create hunger. The melting of the world glaciers may produce water level high to 6 metres within 100 years having increased temperature 100C. It will destroy world ecosystem and biodiversity. The process of sustainable development will hamper.

The effort of Copenhagen Summit in this context is relevant today because the USA became the topmost country who’s CO2 emission is 25.2% of the world followed by China(15.2%), Russia(6.7%),Japan(5.4%) and India(4.4%). To reduce the carbon dioxide the previous summits failed to commit reduction target as USA refused to ratify Kyoto Protocol. Hence from Rio to Kyoto, the series of emission targets and agreements were kept ineffective because USA rolled two steps backward and the developing countries bargained with developed one collectively without forming any global policy.

Copenhagen tried to set up a global fund for emission. EU, Japan, RIC and Australia committed to cut down emission. They said all countries should reduce emission by 50% within 2050 that included reducing 20C temperature. The developing countries will be able to spend 30 billion dollar per year against deforestation, polluted industries and climate change while the developed countries will spend 100 billion dollar each year.

The Summit has successfully ratified the policies on sustainable forest management on the agreements of REDD and LULUCF which can prevent climate change at a speedier rate. It has given a great emphasis on food security, bio-diversity and sustainable development. Yet no agreement was signed on each level.It means that Copenhagen failed to solve the problem of climate change and could not reach a concluding policy framework globally due to developing countries dominance on negotiations in their favour and competitions among the rich nations. USA flexibly ran with the RIC and South Americans but could not reach to any consensus.

The Summit ends in a goalless target on global warming with a marginal success on forest management although developed countries hide 2% CO2 emission from estimating LULUCF. On the other hand, the high cost REDD to the developing countries may produce new poor when implemented. Moreover the draft of REDD is not unique. It may threat to the poor nations.
As regards international trade is concerned, the OECD were able to maintain their status quo on the environmental goods and the WTO may not find any obligations towards their target to reduce tariff and non-tariff barriers on such goods. Since MEA is satisfying the interests of the rich nations on environmental goods and the foreign investment towards the developing countries, so Copenhagen via WTO will help the turn over of the rich nations in international trade.

So, the environment problems which is nothing but the transboundary problem and from which environmental goods are traded globally, is not being dominated by the developing countries presently as Copenhagen showed so.

What next? What is the process of negotiations on climate change policies, combating warming process, solving food insecurity and trading agreements of environmental goods? To search the political solutions, it is necessary to look over economic security and economic integration status of the global economy.Hence, we hope that next summit on climate change must deal with the following:
· To set up a global fund.
· The share of fund may be fixed as per GNP.
· To fix minimum expenditure on preventing climate change, reforestation and environmental goods in every country.
· To monitor the policies on each return.
· To check food insecurity, global distribution of food is urgent and can be controlled by FAO.
· IPCC is responsible to co-ordinate in each government and in each summit.
· To formulate forest management policies by every government.
· To commit expenditure on forest management every year.
· Global expenditure on forest management is to be formulated through a fund.
· To fix emission target decade by decade on the part of each nations.
· Global summit is necessary on every six month.
· Long-term emission target is to be calculated by all nations.

Debesh Bhowmik is the author of "Economics of Poverty"