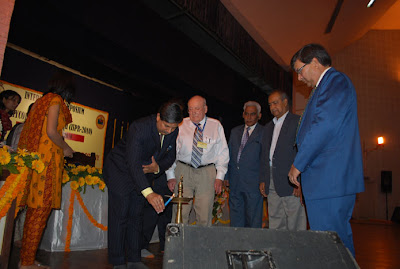 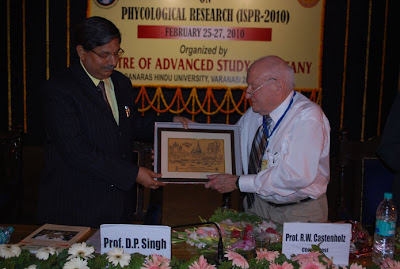 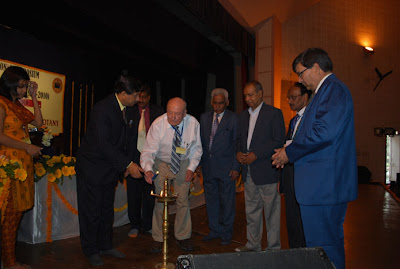 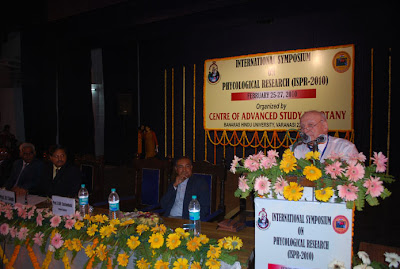 
The theme of the symposium was to cover different aspect of phycological research right from basic to applied, the latter covering area of bio-fuels, role of algae in bioremediation, environmental clean up strategies and role of ages as biofertilezer, food and feed and in the manufacturer of medicines and other products for human welfare.


While welcoming the delegates, Professor AK Rai, convener of the symposium, apprised of the aims of organizing the event. Professor BR Chaudhary narrated in brief the achievements and research highlights of the department which was established in 1919, the first PG department in the country.


Professor Surendra Singh, organizing secretary, presented the theme of the symposium. The chief guest of the function was Professor RW Castenhelz, former director and presently Professor Emeritus in the Center for Ecology and Evolutionary Biology at the University of Oregon. Professor Castenhelz, who is over 80 years old, was happy to be in Varanasi. He released the abstract book of the proceedings along with vice-chancellor of BHU Professor DP Singh.


Prof. Castenholz is known for his work on disordered and complex taxonomy of cyanobacteria. He has been heavily involved in writing and editing the cyanobacterial sections in two editions of Bergey’s Manual of Systematic Bacteriology (1989 and 2001). He has been honoured several times (naming a few, J.S. Guggenheim Fellow, Fulbright Scholar, Fellow AAAS; Trustee, Bergey’s Mannual Trust, Fellow, American Academy of Microbiology and Bergey Medal for Distinguished Achievement in Bacterial Taxonomy).

The BHU vice-chancellor said the Center of Advance Study of Botany is know for its richness in the field of phycology and ecology since 1930. It is also known for high standard work in the field of Environment and Sustainable Development.