Dalai Lama for translation of all Buddhist texts into Tibetan language 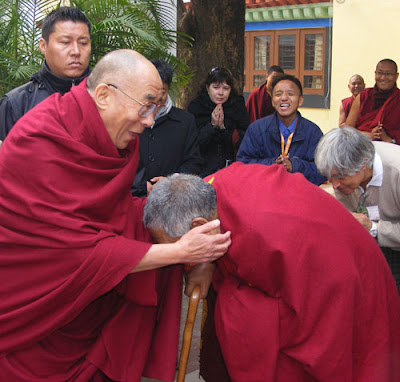 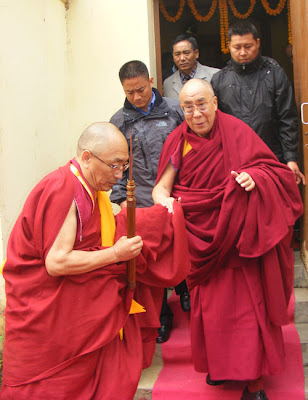 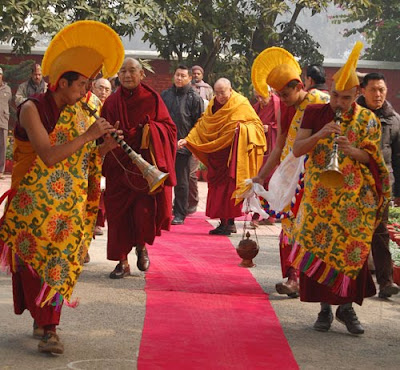 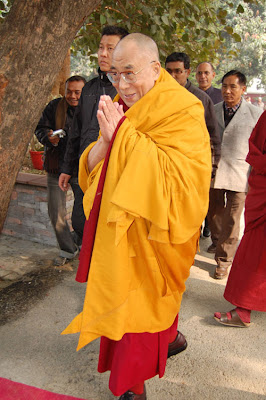 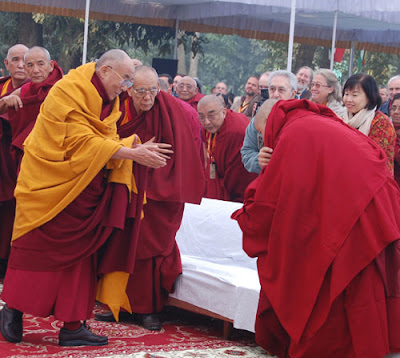 Tibetan spiritual leader the Dalai Lama attended the concluding function of a four-day international seminar on “Tenggyur Translation Conference: In the tradition of the 17 Pandits of Nalanda”, organised by the Central University of Tibetan Studies (CUTS) and the American Institute of Buddhist Studies at Columbia University in Sarnath on January 11, 2011. The Dalai Lama also gave blessings to teachers, employees and their family members in CUTS.

Speaking on the occasion Dalai Lama said teachings of Buddha and Buddhist texts, which were not available in Tibetan language, should be translated into Tibetan.

"We must translate those sutras that are written in Pali and are not available in Tibetan," he said.