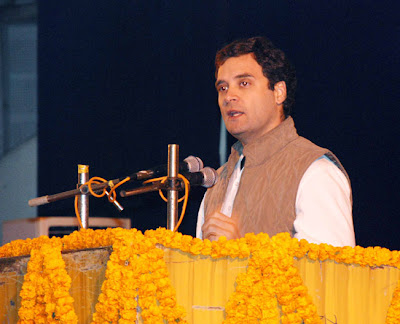 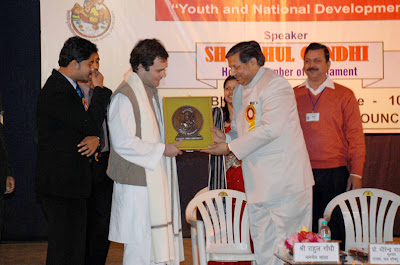 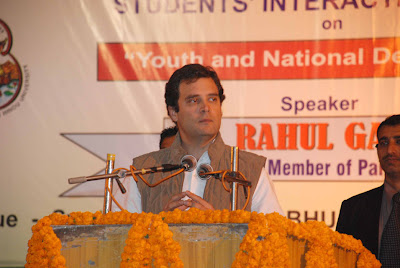 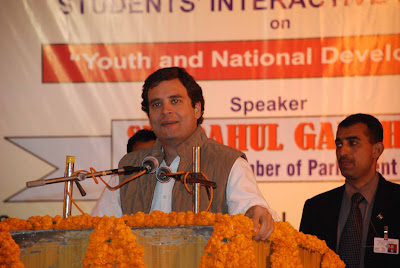 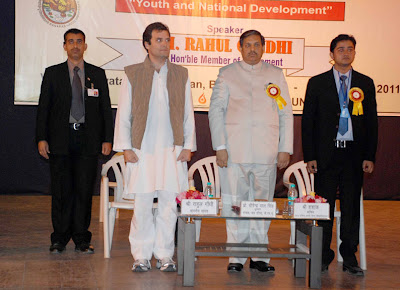 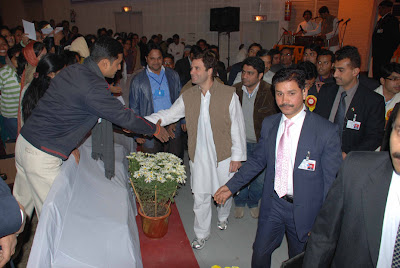 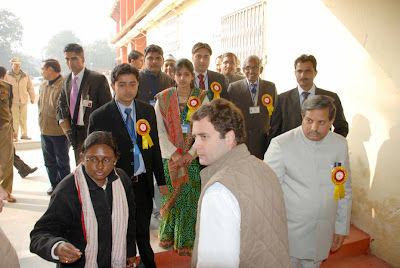 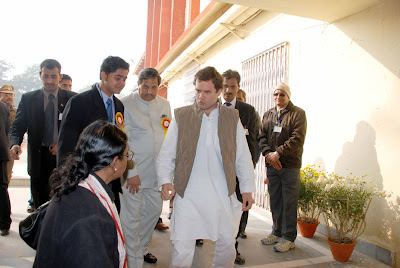 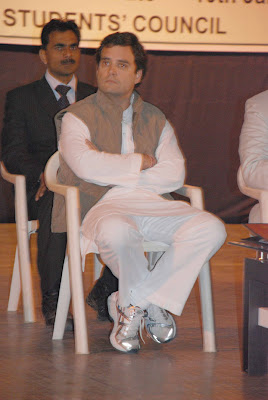 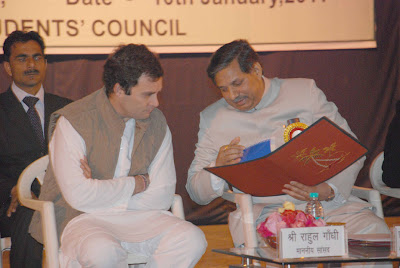 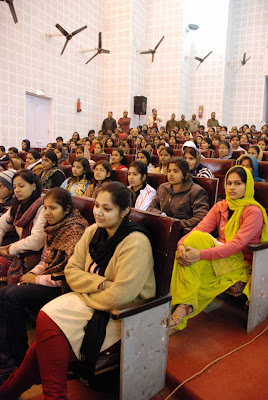 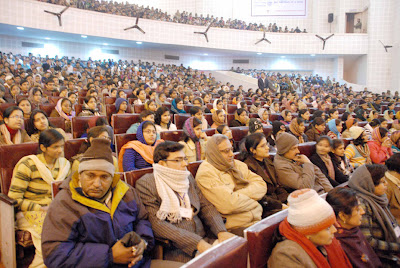 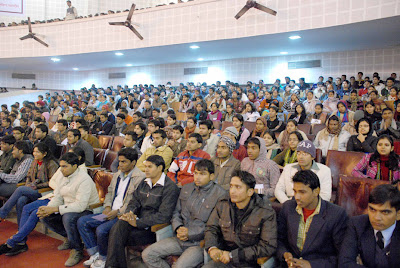 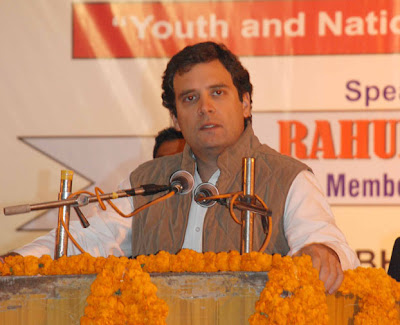 , : Congress leader and Member of Parliament Rahul Gandhi on Monday urged the youth to join politics for nation development.

Addressing an interaction programme on “Youth and National Development”, organized by Student Council of the Banaras Hindu University at Swatantrata Bhavan here, he said he was visiting universities to educate youth to be a part of nation building.

Speaking on the occasion, the vice-chancellor mentioned about BHUs position as a No. 1 university in the Country. He also said that BHU is celebrating 150th birth year of Pandit Madan Mohan Malviya, the founder of Banaras Hindu University and to celebrate the year a committee headed by Prime Minister Manmohan Singh has been formed.

Addressing the youth Rahul Gandhi quoted his visit to along with some friends. He mentioned that the technology of is very advanced and flawless particularly in railways as compared to . He said the average age of Japanese is 60 years while is quite young to this respect.

“They have technology but do not have youth. There is shortage of youth in whole world except and . has maximum youth”, he said.

“I believe India will be most powerful country in the world if we use our youth properly and the most important thing for the youth is education and I am here in BHU for youth and education”, he added.

“If you have to grow your career in higher education, politics, business and Bollywood, you need some god father. We have to change this system so that these things are accessible to the common people,” he remarked.

Participating in the interaction session, he said: “We have to transform our youngster in such a way that education particularly higher education reaches to every common student. The higher education should be accessible to the masses”.

Replying to a question regarding ‘budding entrepreneur’, he said today India have people like Mukesh Ambani, who contributes 3-4% to world economy, but good entrepreneurs in India are only a few per cents.

Rahul also showed his concern about wealth in the hand of few people.

While replying to the question on ‘reservation by caste system not on economic background, he said our system does not recognize poor people easily. He quoted an example of BPL cards being obtained by rich people.

Rahul emphasized that people with clean image in higher education need to come forward to be part of the system.

Email ThisBlogThis!Share to TwitterShare to FacebookShare to Pinterest
Labels: Rahul Gandhi in Varanasi