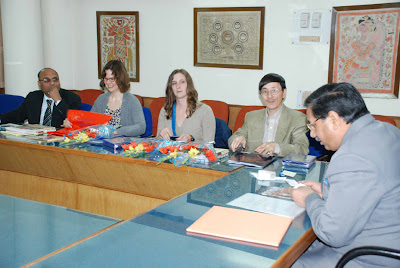 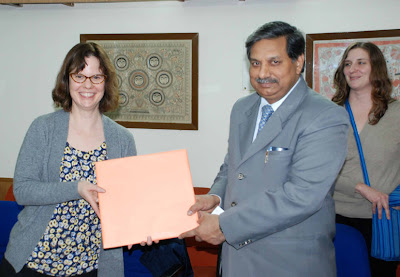 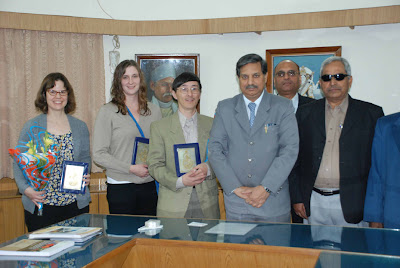 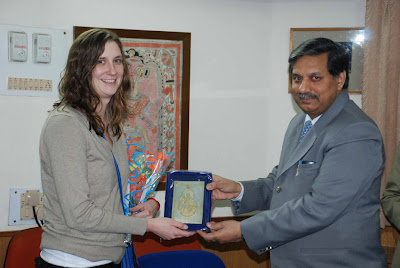 , : A delegation from visited Banaras Hindu University (BHU) and called on the vice-chancellor Professor Dhirendra Pal Singh at VC Lodge here on Wednesday.

A BHU delegation under the leadership of vice-chancellor Professor DP Singh had visited in May-June last year and signed a MoU with the university in the field of agricultural sciences.

It may be mentioned here that USAID programme comprising of a Consortium of various US Universities with BHU is in advance stage of implementation. Several delegations from different universities have been visiting BHU in the past. The programme is likely to be launched in February next.

This initiative will give an international exposure to agriculture research, extension and teaching in as a whole and BHU in particular. In this reference the delegation from is on exploratory visit to BHU.

They showed keen interest in post harvest technology, food sciences, agriculture economics, bioprocess engineering, and other fields of agricultural sciences. They inquired about status of BHU as a national university and expressed their interests in multi-faculty structure of BHU.

Professor Hao Feng, who basically belongs to , said he is very impressed with the growing and strong economy of . The contribution of agriculture in the Indian GDP was discussed. Dr Mindy L Mallory inquired about migration from rural area to city. It was discussed that migration is affecting rural economy. Director, Dean of Agricultural Sciences, Coordinator Food Sciences, and Chairman of PPP Cell and International Cell also attended the meeting.

Photo caption: From top BHU vice-chancellor professor DP Singh holds meeting with the delegation from University of Illinois, US, at V-C lodge in Varanasi on January 19, 2011.

BHU vice-chancellor Professor DP Singh felicitates the visiting University of Illinois delegates by presenting them mementos in Varanasi on January 19, 2011.